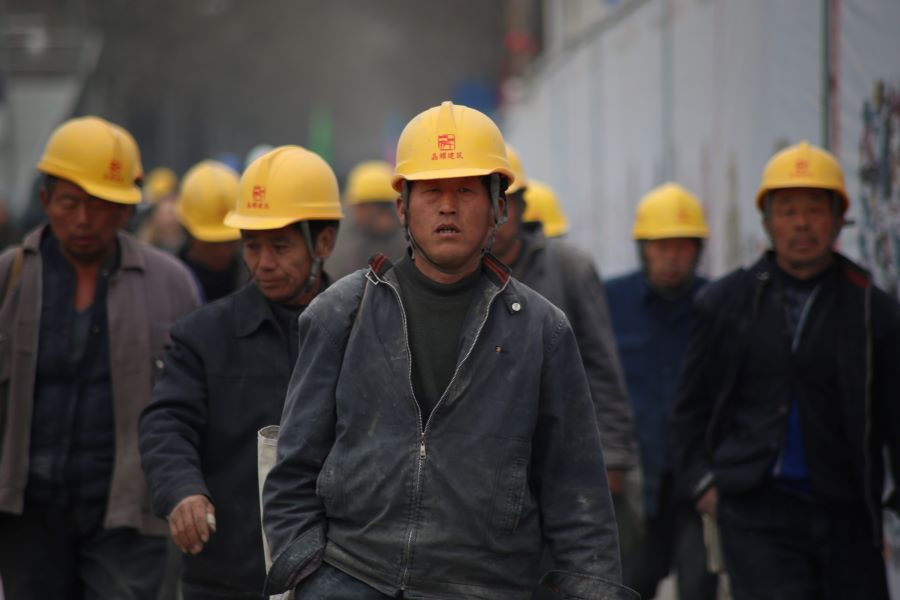 Garment Workers: The Unseen Heroes of the Clothing Industry

Garment workers in the developing world often struggle for dignity and a decent living wage. In countries like Bangladesh and Cambodia, garment workers are paid very low wages. They also are often working long hours in hazardous conditions.

Many of these workers are women, who often face discrimination and harassment from their supervisors. The garment industry is an important part of the economy in many developing countries, but it is crucial that garment workers are treated with respect and paid a fair wage.

In Bangladesh the garment industry is a major contributor to the economy of Bangladesh, accounting for more than 80% of the country’s exports. However, garment workers in Bangladesh are paid some of the lowest wages in the world.

The minimum wage for garment workers was last increased in 2013 and is currently just $68 per month.

This low wage means that garment workers are often forced to work excessive hours just to earn enough to meet their basic needs.

The minimum wage for garment workers can be as low as $30 a month, which is not enough to live on. In addition, garment workers often have to work excessive hours just to earn enough to meet their basic needs.

Not only do they not make enough to even live on they don’t get fair wages when it comes to overtime pay. Factory owners purposely abuse laws and loopholes to ensure workers are paid the bare minimum.

Garment factories have had many supply chain issues because of the coronavirus pandemic leading to job loss and employees having to increase their already heavy load and do even more garment work to take responsibility for the lack of hands.

The pandemic lead to many small factories being completely shut down and many garment workers not having a way to provide for their family members.

These workers in Latin America are paid very poorly, often receiving less than minimum wage. They also have to work excessive hours just to be able to make enough money to support themselves and their families.

They make tons of clothing that make their way to very rich countries. A garment factory based in Latin America will produce clothes that will most likely never be sold where they live.

The supply chain of a garment factory there is unsafe and the manufacturers make clothes in extremely high volume for a quick turnaround.

The department is working to improve the garment industry by investigating companies that violate garment workers’ rights and enforcing penalties.

They are investigating companies that violate garment workers’ rights and enforcing penalties and working with garment workers to help them get the compensation they are owed and ensure their employers comply with labor laws.

The garment and textile industry is a multi-billion dollar industry that employs millions of workers around the world. However, the workers who produce our clothes are paid very little and are often treated poorly.

The fashion industry is one of the most polluting industries in the world. It’s time for a change. We can’t ignore that the people who make our clothes are paid almost nothing.

Fashion brands have been exploiting these workers while selling their “high-end” clothing to consumers for hundreds of times more than the garment production costs.

There have been many cases of suffering behind their supply chains.

Although females make up most of the garment workforce they are not only paid less but are also more likely to experience sexual harassment other forms of gender-based violence at work.

On top of that male managers will rise to their position much faster than their female counterparts.

The Garment Worker Center (GWC) is a membership-based organization in Los Angeles that works to improve the lives of garment workers and build power in the fashion industry.

The GWC was founded in 2010 by garment workers, organizers, and allies who saw the need for a garment worker-led organization in LA’s Fashion District.

Today, the GWC is run by and for garment workers. They organize garment workers to stand up for their rights, connect them to services and resources, and educate consumers about the true cost of fashion.

The GWC is a project of the Los Angeles Alliance for a New Economy (LAANE).

The fashion industry is one of the most labor-intensive industries, with garment workers toiling long hours for very little pay. Garment workers are some of the lowest-paid workers in the world.

This is why the work of organizations like the Garment Worker Center is so important. They’re fighting for garment workers to receive a living wage and to be treated with dignity and respect.

What You Can Do

There are many ways you can support the garment workers’ fight for justice. Here are a few ideas:

Garment workers are some of the most vulnerable workers in the world. But they’re also fighting for their rights and a better life for themselves and their families. We can all support them in their struggle.

Many garment workers are forced to work long hours, often exceeding 12 hours per day. They are paid piece rates, meaning they are paid based on the number of garments they produce, not by the hour.

This system creates an incentive for workers to work excessive hours to earn enough money to support their families.

In addition to low wages, garment workers also suffer from poor working conditions. They often have to work in cramped and dangerous conditions, with little ventilation or air conditioning. They are also at risk of exposure to harmful chemicals and dyes used in the garment industry.

Garment workers are also often required to work long hours, sometimes up to 12 hours a day. This can lead to fatigue and injuries.

Moreover, garment workers are often not given proper breaks, and are not allowed to leave the factory premises during their shifts.

As a result of these conditions, garment workers are often subject to exploitation and abuse. They are paid low wages and are often not given proper benefits or protections.

No Unionizing or Negotiating

Moreover, they are often not allowed to unionize or negotiate for better working conditions. As a result, garment workers often struggle to make a decent living wage.

Other garment workers have been organizing and fighting for their rights for many years. In recent years, there have been many garment worker protests and strikes in countries around the world.