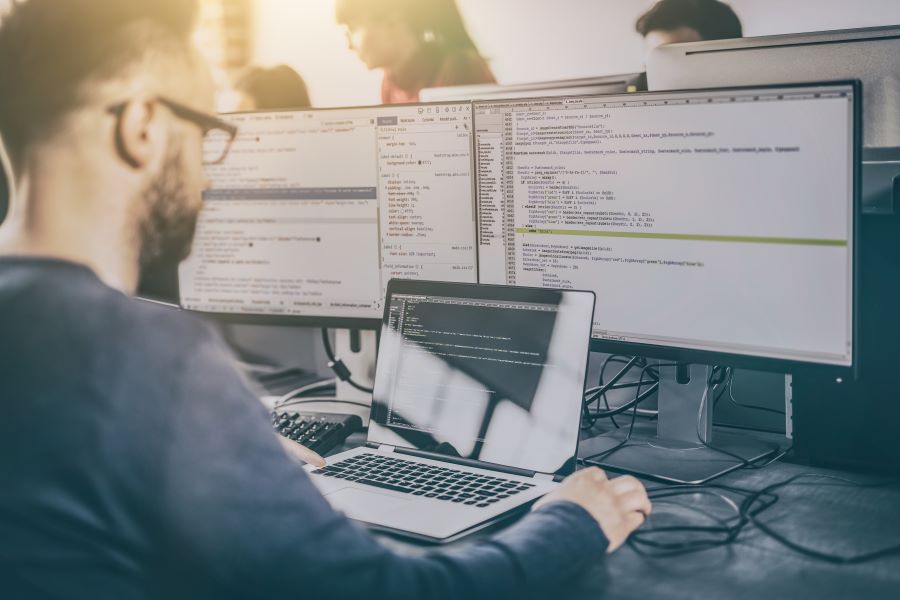 If you’re a software engineer, congratulations! You are in one of the highest-paying professions in the world. But how much money can you make? That depends on a variety of factors, including your experience level, the city you live in, and the company you work for.

In this blog post, we will take a look at the average salary for software engineers across different countries and industries. We will also discuss some tips on how to maximize your earning potential. So read on to learn more about making money as a software engineer!

What do Software Engineers do?

The job title Software engineer is a broad term for people who develop programs that make the digital world possible. The engineers are responsible for the “nuts and bolts” of social media apps and websites, as well as computer and smartphone software that allows them to function.

Software engineers use engineering methodologies (a set of rules, ideas, and concepts that they follow during the development process) to approach projects—by researching, designing, writing code, testing software, and improving upon their designs.

There are many ways to increase your salary as a software engineer but the biggest factors are where you’re working (location and company).

– knows how to test software

– being able to troubleshoot software

A senior software developer is something that countless companies are searching for. Not only can they lead their teams because of their experience but they can also help teach and guide the less experienced. Talented software engineers are in high demand because after the pandemic most companies pushed out their technological advances faster than originally intended. This has led to the average software engineer salary to increase over 10% in just a couple of years.

In the United States, software engineers make an average salary of $102,280 per year, according to data from the Bureau of Labor Statistics. However, salaries can range from $60,000 to $160,000 per year, depending on experience level and location.

Many things come into play and decide how much software engineers make but the two that affect software engineer salaries the most are location and experience. If you worked in New York you would make more money than someone in Colorado Springs.

With the average additional cash compensation being $14,427. The average total compensation for a Software Engineer in the US is $134,491. This means the national average salary is $127,426 per year in the United States according to anonymous software engineer employees from job search sites.

Skills and Qualities needed for a Software Engineer

Several skills and qualities are needed to be a software engineer. Some of these include:

– being able to code software

– being able to test software

– being able to troubleshoot software

– being able to document software

While some software engineers may only need to know how to code, it is beneficial to also have skills in testing and troubleshooting, as well as documenting what has been created. This allows for a more complete understanding of the software and can make it easier to find and fix errors.

Do you need a Degree?

To get hired as a software engineer many companies require at least a bachelor’s degree in computer science as well as other degrees in math, science, or engineering.

But don’t worry, many other jobs are looking for skills and experience rather than formal education. If you can demonstrate your abilities through past projects or work experience, you won’t have a hard time getting hired without a degree.

Tech companies now are the most successful companies out there and the gap will only continue to grow with how much technology is advancing in such a short time. With multiple companies now taking over the tech space and collect tens of billions of dollars in revenue so they need more and more software engineers. You could even say they’re engineering software engineer jobs.

Places like Apple can afford to pay important employees like a software engineer a good sum of money because they play a vital role in creating new products. For example, Apple Software Engineer’s average salary is $145,986 per year. Software Engineers’ average salaries at Apple are $28,538 – $576,974 per year.

The advertising industry plays a big role in hand with a data company to ensure that Tech companies are making more profit increasing their revenue. Along with the rise of tech users and an online community the tech industry is making hundreds of thousands of new positions.

The titles software engineer and software developer are often used interchangeably but they are two different types of jobs. A software engineer is someone who applies the principles of engineering to the design, development, maintenance, testing, and evaluation of software and systems that make computers or anything containing software work.

If you want to find startup jobs then you should look on job boards like AngelList, Indeed, and Dice. You can also find positions by going to meetups and events related to startups. It’s also a good idea to network with people who work in startups.

The third is that you should be prepared for a lot of change. Startups are constantly changing and evolving, so you need to be able to go with the flow.

If you’re looking for a software engineering job in a startup, keep these things in mind and you should be able to find a great job that fits your qualifications and interests.

The CTO is usually a very technical person and has a lot of experience in software engineering. They usually have a team of software engineers working under them to help with the development of the products.

Job satisfaction for software engineers is also high at 84%. This makes sense because it is a creative field that allows you to solve problems and see the results of your work.

So, if you’re considering a career in software engineering, you can rest assured that it is a stable and well-paying field!

What is the Most Important Thing to Learn?

If you want to become a software engineer, the most important thing you can do is to get started coding. There are many resources available to help you learn, such as Codecademy, Udacity, and Coursera. Once you have a strong foundation in programming, you can begin to look for internships and entry-level jobs.

Learning on the Job

The best way to learn software engineering is on the job, so don’t be discouraged if you don’t have a lot of experience at first. With hard work and a willingness to learn, you can make a great career for yourself as a software engineer!

No, software engineering is not difficult. It is a field that requires logical thinking and good problem-solving skills.

How much do software engineers make?

This answer is difficult to provide because it varies based on experience, location, and other factors. In general, software engineers make a good salary.

Do I need a degree to become a software engineer?

No, you do not need a degree to become a software engineer. However, having a degree from a good school can make it easier to get a job.