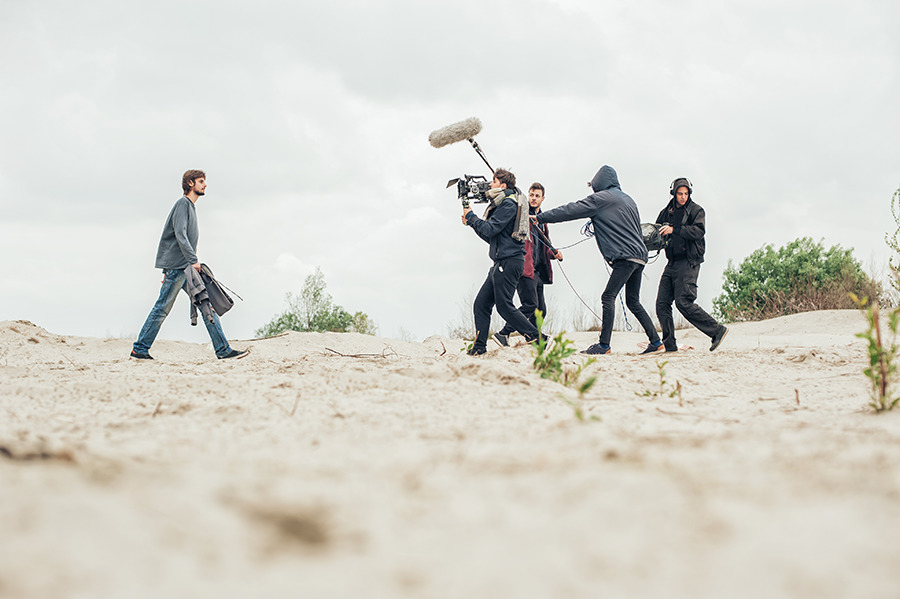 How to Get Into Filmmaking: A Guide for Aspiring Filmmakers

If you’re interested in filmmaking, you’re not alone. Filmmaking is a popular art form that has been around for centuries. But how do you get into it? What are the steps you need to take? In this guide, we will walk you through everything you need to know about how to get into filmmaking. We’ll discuss the basics of filmmaking, how to develop your skills as a filmmaker, and what you can expect to earn making films. So if you’re ready to start making movies, keep reading!

So you want to work in the film industry?

The film industry is full of professional content creators, film professionals, and crew members that support creating films. There are many different types of roles in the film industry like directing producing, art director, cinematography and other filmmaking careers. And while it may seem like a difficult task to get into filmmaking, it’s actually not as hard as you might think.

The first step is to understand the basics of filmmaking. This includes learning about the different types of cameras, the filmmaking process, and watching films from around the world (you can use a global online marketplace like Amazon or Netflix to watch films and music videos).

The best film makers usually start their filmmaking journey by learning how to use professional image editing tools and video tools for post production work, and start by script writing and shooting short films for practice.

You can also join a filmmaking course or film school to get started, which will give you access to the equipment and software you need to start your film career. With a traditional filmmaking education you will make student films, use professional equipment, and also learn the business side of the film industry.

Whether you’re interested in becoming a camera operator, working on the sound team, or want to start creating video content for film festivals and the web, there are many reasons to pursue a filmmaking education.

But how do you know if attending a film school is the right choice for you? The first step is to do your research and find out what type of program will fit your needs. If you’re interested in learning more about the technical aspects of filmmaking, then look for a school that offers classes in cinematography, editing, and sound design. If you want to focus on writing and directing, then find a school that has a strong screenwriting program.

There are also many online programs available if you can’t commit to attending an on-campus film school. The great thing about online schools is you can remote access your course materials and start making stuff right away.

Getting Started With Film Festivals

The most successful independent filmmakers are the ones who get their films into festivals. This is how you can start building your audience and getting your film in front of industry professionals.

There are many different types of festivals, so do your research and find the ones that would be a good fit for your film. There are also online festivals, which are a great option if you can’t afford to travel.

Before you start filming, it’s important to have a solid script. If you don’t have any experience with screenwriting, there are plenty of resources online and in libraries that can help you get started.

You don’t need to have a big budget to make a great film. There are many ways to work around a small budget or a lack of professional gear, such as shooting in locations that don’t require permits or finding creative ways to get the props and costumes you need.

It’s important to use time tracking software to stay on schedule, track time, and budget. Between your camera operators and actors alone, there are a lot of moving parts to keep track of.

Once you’ve written your script (or found one that someone else has written), it’s time to start thinking about your cast and crew. Many filmmakers use their friends and family to help with their projects, but you can also find people to work with through online resources or by attending film festivals. Consider keeping an excel workbook or sticky notes to track the people you’ve contacted and how they responded.

Your shooting schedule will be determined by your cast and crew availability, the locations you’re using, and the type of project you’re making. If you’re working on a feature film, for instance, you’ll need to block out more time than if you’re filming a short or a commercial. Once you have all of that information, though, it’s relatively easy to put together a schedule using software like Movie Magic Scheduling or Final Draft Tagger.

Reach Out to Festivals

If you’re interested in getting your film shown at a festival, most festivals have an entry form on their website. You’ll need to submit your film along with a fee and usually some additional materials, such as a press kit.

The most important thing is to just start shooting. Don’t wait for the perfect circumstances because they will never come. Just grab your camera, some friends, and start filming something! It doesn’t matter if it’s good or bad, the important thing is that you’re putting in the work and getting experience with art direction, motion templates, and cinematography tools.

After your film is shot, it’s time to start editing. This is where you’ll really bring your vision to life. If you’re not experienced with editing, there are plenty of software programs that can help you get started such as Final Cut Pro. You’ll want to add sound effects, relative stock footage, and any other finishing touches that will make your film stand out.

After your film is complete, you’ll want to submit it to festivals or online platforms where it will be seen by industry professionals. This is a great way to get your work out there and start building a name for yourself in the filmmaking community.

When you got the final cut and are ready to submit your work, you can usually submit your film to a festival through online web forms on their professional website . Once you’ve created an account, you’ll usually be able to fill out all the necessary information about your film and submit it electronically.

You’ll need to include a synopsis, cast & crew list, production stills, and your film trailer or link to your full film. Some festivals will also require a physical copy of your film on DVD or Blu-ray. You can check the requirements on each festival’s website before you submit.

The best way to get better at filmmaking is to keep doing it. There are plenty of resources available online and in libraries that can help you improve your skills, and new software programs are always being developed to make the filmmaking process easier (for example, there you can record on-screen activity on your computer if you are doing a scene with real-time messaging on the computer). There are also countless books and articles written on the subject. If you’re serious about becoming a filmmaker, make sure to keep learning and honing your craft.

Understanding The Business Side of The Film Industry

If you want to work in the film industry, it’s important to understand the business side as well as the creative side. Learning about things like financing, distribution, and marketing can help you get your films made and seen by audiences.

Almost nobody starts with a big budget or investor connections, so it’s important to learn how to work with limited resources. There are many ways to save money when making a film, and there are also ways to raise money through crowdfunding and other methods.

It’s also important to understand the different roles that people play in the filmmaking process. Whether you want to be a director, producer, camera operator, actor, or editor, it’s helpful to know what everyone does and how they work together.

Even if you’re not sure what you want to do yet, there are still plenty of ways to get started in filmmaking. You can start by learning about the different aspects of filmmaking, attending film festivals, and networking with other filmmakers.

Other Ideas For Aspiring Film Professionals

One of the most important things you can do as an aspiring filmmaker is to start networking. Get out there and meet other filmmakers, industry professionals, and potential collaborators. Attend film festivals, industry events, and workshops. The more people you meet, the better your chances of success will be.

Many working professionals in the film industry got their start by joining a local film group. This is a great way to meet other filmmakers and learn about the business. There are also many online film groups that you can join, which can be a great resource for networking and learning.

There are many film contests held throughout the year, at both the local and national level. These can be a great way to get your work seen by industry professionals. And even if you don’t win, simply entering a contest can give you valuable feedback on your work.

There are many online communities dedicated to the film industry and those who love film. These can be a great resource for networking and learning about the business. The majority of film industry professionals have an IMDb Pro account, or at least a profile on one of the many other film websites.

There are several trade publications that cater to the film industry, such as Variety, The Hollywood Reporter, and Screen International. These can be great resources for learning about the business and keeping up with current trends.

Do an Internship or Apprenticeship

One of the best ways to get into filmmaking is to intern or apprentice with someone who is already in the business. This will give you first-hand experience of how the film industry works and what goes into making a film.

You just need to find a web hosting company, many have easy website creation tools to create online web forms where other filmmakers, studios, or small businesses can reach out to you.

Talk to Filmmakers on Social Media

Social media is a great way to connect with other filmmakers and get your work out there. Twitter, Instagram, and Facebook are all great platforms to use to reach out to other filmmakers. Try hashtags like #filmmaking or #indiefilm to find people who might be working in the industry.

The film industry is very competitive, so it’s important to be persistent if you want to get into filmmaking. Keep networking and meeting new people, get used to note taking and making to-do lists, and don’t give up on your dreams. With hard work and dedication, you can gain experience and make your goals a reality. Thanks for reading!