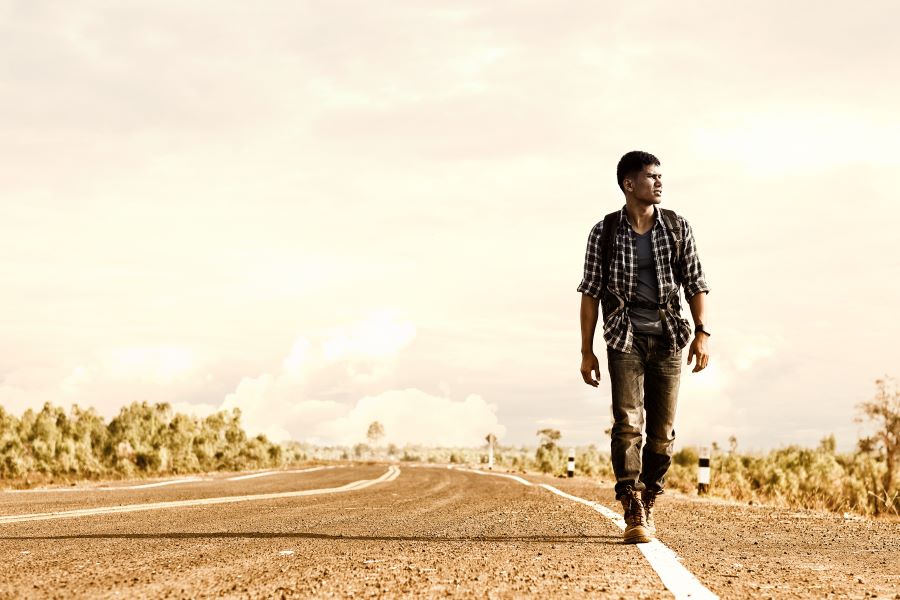 What Is a Loner? Solo-Status and How to Embrace It

Do you enjoy spending time alone? Do you find yourself withdrawing from social situations more often than not? If so, you might be what is known as a loner. Loners are individuals who prefer to spend time alone rather than in the company of others.

They often have a strong sense of independence and can be quite content living on their own. In this blog post, we will explore the definition and characteristics of loners in greater detail. We will also discuss the benefits and drawbacks of being a loner.

It could also be because they have difficulty connecting with others or don’t know how to socialize effectively. Most loners have a small group of close friends or none at all. And when they do socialize, it’s usually on their terms.

Loners often prefer to spend their time alone because they find it more enjoyable and fulfilling than being around other people.

They may enjoy reading, hiking, biking, or other activities that can be done alone. And, they’re usually perfectly content doing these things by themselves.

Loners aren’t necessarily anti-social or unsociable. They just recognize that they don’t need to be around people all the time to feel happy and fulfilled.

They don’t rely on others for help or validation and are comfortable doing things alone. This independence is another reason why loners often prefer their own company to that of others.

There are many different kinds of loners. Some people view loners as not normal because some will actively avoid social interactions. Such people don’t understand that some loners live their best life, being alone.

An intentional positive loner chooses to be alone. They’re not anti-social. They just enjoy being alone. They’re independent and self-sufficient. They don’t need anyone else to feel complete or happy.

This type of loner is happy with being by themselves but they’re not opposed to socializing. They don’t feel the need to be around people all the time but they enjoy it when they are.

This type of loner chooses to be alone because they don’t like other people. They’re anti-social and prefer to stay away from others.

This type of loner has a hard time socializing. They may want to be around others but they don’t know how. They may come across as awkward or shy.

This type of loner is temporary. They may be going through a tough time or they may just need some time to themselves. This is usually not a permanent state. Loners come in all shapes and sizes.

This type of loner doesn’t mean to be alone. They may want to socialize but they don’t have the opportunity. They may live in a rural area or they may work from home.

There are some mental health benefits to being a loner. For example, you’re less likely to be anxious and depressed. This is because you don’t have as much practice with them.

You may also be less likely to catch a cold or the flu. This is because you’re not exposed to as many germs. And if you do get sick, you’re more likely to recover quickly.

Finally, being a loner can help improve your focus and concentration. This is because you’re not distracted by other people’s conversations or movements.

You can easily become lost in your work or hobbies when you’re alone, which can lead to greater productivity and creativity. So if you enjoy your alone time, there are many benefits to be gained!

But for an unintentional loner, the isolation can be damaging. If you find yourself constantly alone, it may be a sign that you’re struggling to connect with others. This can lead to feelings of loneliness, depression, and angst.

If you’re struggling to make friends or feel like you don’t fit in, it’s important to seek help from a therapist or counselor. They can help you develop the social skills you need to build fulfilling relationships.

Just talking to someone for ample time can better your health and if needed give meaning.

Some people are simply more independent and enjoy being alone more than being with others. If you’re a loner, don’t be afraid to embrace it!

There’s nothing wrong with enjoying your alone time and being content with it. You may find that it’s a good way to recharge and relax after a long day.

Family members can provide a sense of belonging and support, even if you don’t have many friends outside of your family. If you’re feeling lonely, try reaching out to your relatives and spending time with them. Being close to family can bring greater life satisfaction.

Pets can also be a great source of companionship, especially if you live alone. Dogs, cats, and other animals can provide unconditional love and support. They can also help you feel less isolated and lonely.

Certain personality traits may make someone more likely to be a loner. These include

If you identify with these characteristics, don’t worry. There’s nothing wrong with being a loner. Many successful and happy people are lone wolves. The key is to find what works for you and to focus on the positive aspects of your personality.

Tell me the difference between a loner and an introvert?

Most people think about lumping loners and introverts together, but these two people have very different personality profiles. Some may be loners or introverts.

In the same way, lonesome loners avoid social interaction for long periods, and introverts tend to have emotional drains. The solitude and alone give an introvert the balance of their own life, while loners may avoid others to protect their personal needs or psychiatric conditions.

You could say that anyone who values privacy heavily has a high chance of being a loner or introvert. Not every introvert is a loner but every loner is an introvert. Loners are not just introverts, but people who don’t feel the need for social interaction. Many loners are self-aware.

Loners can be happy with their own company and don’t feel the need to seek out others for validation or companionship. This doesn’t mean that loners don’t like other people, they just prefer to do their own thing.

Signs of a Loner

Certain signs may indicate someone is a loner. Some of these signs may be more obvious than others.

– May not have many close friends

– Doesn’t want to be involved in many social activities

– Prefers to spend time with animals rather than with people

Loners are often seen as being shy or introverted. However, this isn’t always the case. Some loners are perfectly comfortable around other people and just don’t feel the need to be constantly surrounded by them.

When the influence of worldwide loneliness was eliminated, no significant difference was found between transitory and chronic loners in Group I, but in Group II, depression and extraversion remained significant.

Recent research has shown that unhealthy social isolation and loneliness can lead to serious health problems, including depression, anxiety, high blood pressure, and even premature death.

A study of nearly 300,000 people found that those who reported feeling lonely had a 26% greater risk of dying over six years than those who did not feel lonely.

If you fear that you might be affected it’s important to remember to enter society every once in a while and try to get rid of your negative outlooks to formulate answers about how you wanna live your life.

Not all loners are the same

Just because someone prefers to spend time alone doesn’t mean they’re a loner. There are different types of loners, and each type has its own unique set of characteristics.

Some loners enjoy being alone while others see it as a necessary evil. And while some loners are happy with just a few good friends, others don’t feel the need for any close relationships at all.

Of course, there are also some disadvantages to being a loner. Some of these include:

Overall, being a loner has both its advantages and disadvantages. It’s up to you to decide if the advantages outweigh the disadvantages. If you’re happy with your life as a loner, then there’s nothing wrong with that. But if you’re not happy, then you may want to consider making some changes.